Practices of municipal solid waste (MSW) management vary based on related rules and regulations of the countries as well as their dedication to attaining sustainable waste management. Most of the developing countries suffer from lack of optimal MSW management which cause environmental problems and economic losses whereas in many developed countries better management of MSW brings environmental and economic benefits.

Figure 2. MSW treatment method shares for E.U. countries, Switzerland, Norway, and Iceland as of 2018 [14].
These two figures show that there is a big discrepancy between E.U. countries such that while Malta has 6% of recycling and 86% of landfilling, Germany treats 67% of their waste by recycling where only 2% of them are treated by landfilling [14]. Therefore, there is a need to learn from better management of MSW for the ones which need to improve. In the following section, a good management example of MSW will be presented with details of policies which lead to the success and one promising and one developing case will be presented to determine necessary improvement points.
3. Case studies
This paper takes three cases to present: Milano city is presented as a good MSW management example; China is presented as a promising MSW management example and Turkey is presented as a developing MSW management example.
3.1. A good management example of MSW: Milano case
Milano is a city located in Italy with a population of 1.35 million as of 2015. 80% of the population lives in high rise buildings with several households where five different bins are provided for every households [ref]. Five bins for paper, glass, metals/plastics, compost, and trash are used to separate the MSW at the source.
As it can be seen from Table 3.1 Milano achieved zero landfilling by treating their MSW with waste-to-energy, recycling, and composting. Almost 60% of MSW of Milano city was treated with WTE where 23% was recycled and 17% was composted [ref].
The achievement of high recycling is due to the strict rules and regulations applied by city of Milano. The city does periodic inspections on the recycling bins where there is a $200 fine for every household if there is a violence of the rule of recycling bin seperation [ref].

Table 3.1 MSW amount by treatment method in Milano [ref] Themelis
3.2. A promising example of MSW: Chinese case
China has been developing its MSW management in the last two decades. By the end of the 20th century, there was no other alternatives of landfills in the country. Thanks to the national energy plans that the country put into perspective, the share of treatment methods for MSW has been reshaped. As a result, waste-to-energy has been tremendously developed in the last two decades. Figure 3 shows the MSW disposal rate and share by different methods of MSW treatment in China. As it can be seen from Figure 3, landfilling is still 50% of all MSW whereas incineration is applied for around 35% of MSW. However, it is also noticable from Figure 3 that there is still lack of recycling and composting from MSW. 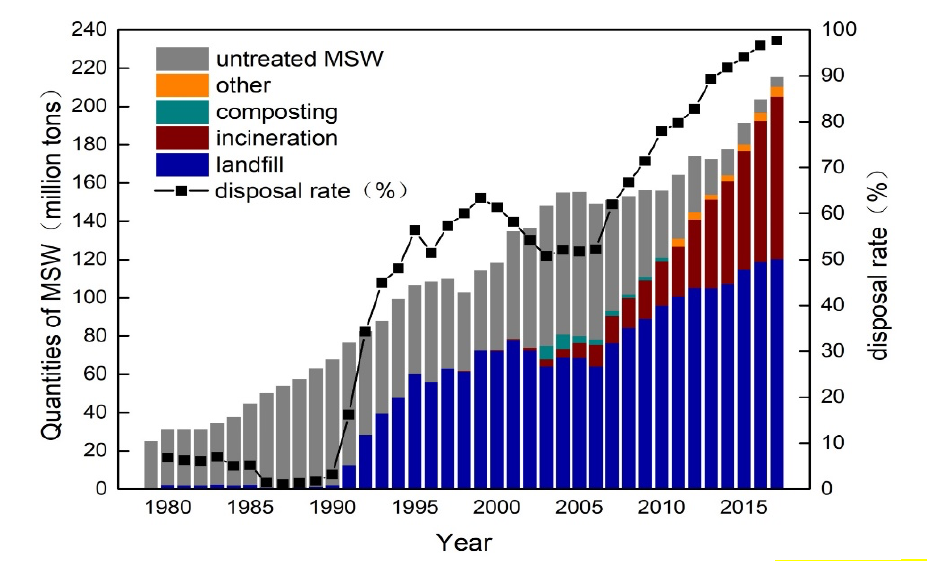 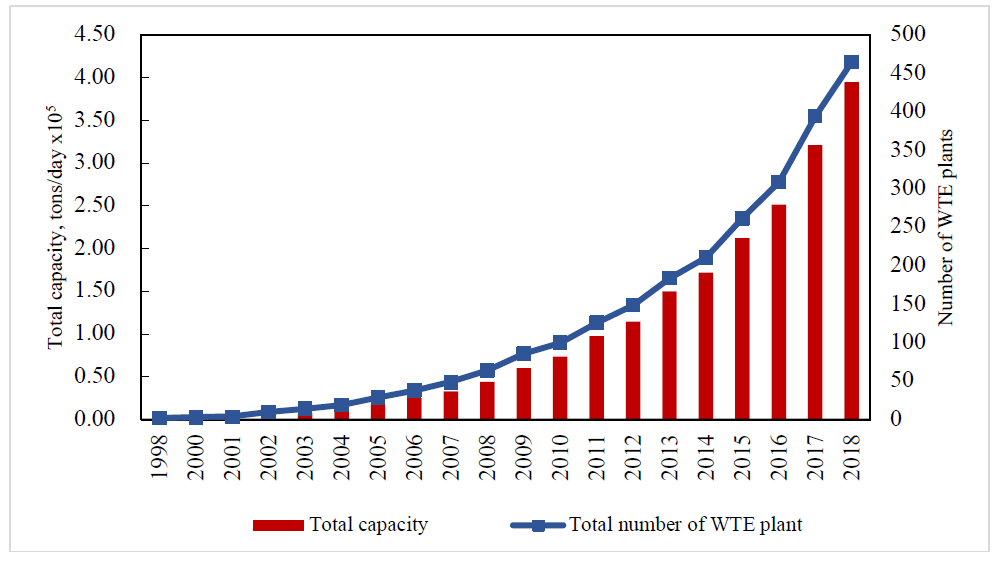 Figure 4. Growth of WTE industry in China [ref]. (Ma, Themelis et al)
3.3. A developing example of MSW: Turkish case
Turkey is a developing country which has high urbanization and population growth which lead to a needfor a good MSW management. Figure 5 shows a timely change of amount in MSW by treatment methods in the country. It can be seen from Figure 5 that dumping has been reducing while sanitary landfilling has been increasing in the share of methods [15]. Also, recovery is named as material and energy recovery by the data supplier, therefore there is an uncertainty about the certain amount of MSW treated by recycling and waste-to-energy. Recovery has recently been applied and gradually increased in the share of MSW methods [15]. 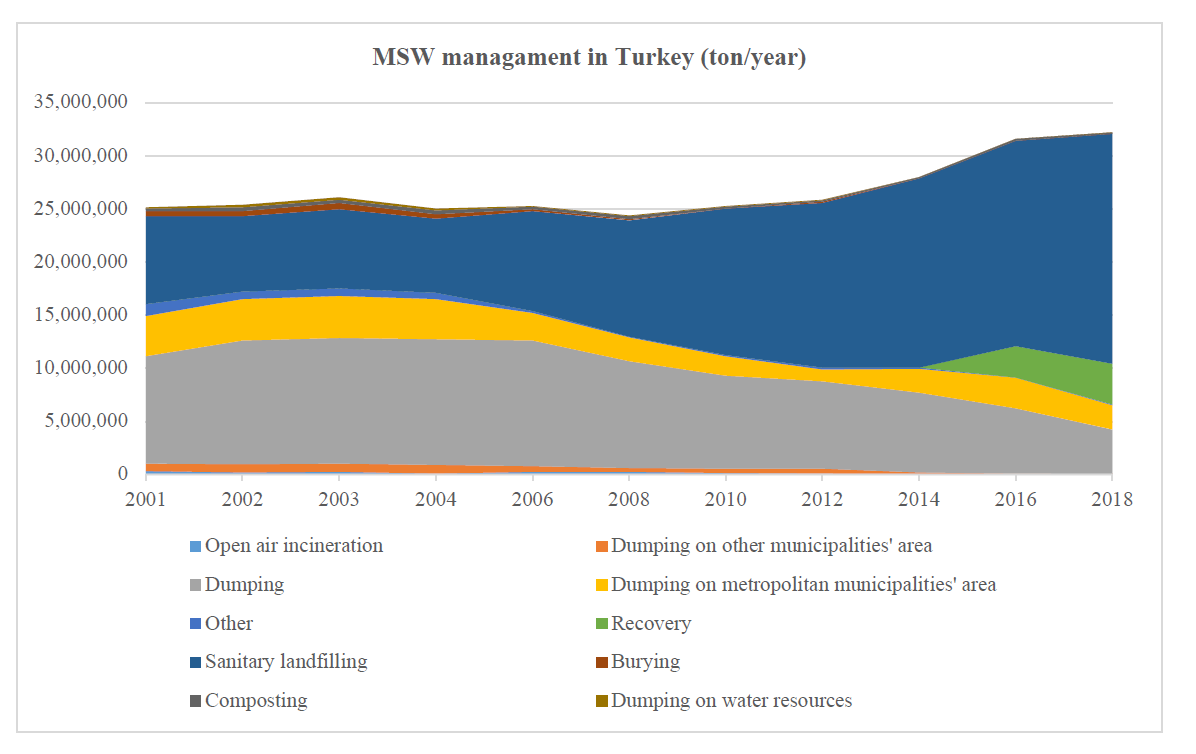 Figure 5. MSW management by treatment methods in time for Turkey. [15].
Figure 6 shows the share of MSW treatment methods as of 2018 [15]. It is seen in Figure 6 that sanitary landfilling (67%) is the most common method followed by uncontrolled dumping (20%) in Turkey. Recovery is applied to 12% of MSW whereas composting is used for only 1% of the MSW. It should be noted that recylcing of materials and waste-to-energy is summed and named as recycling and recovery in the data supplier. Therefore, there is no clear distinction between recycling and waste-to-energy share for the MSW treatment in the country.

Figure 6. MSW management by treatment methods for Turkey as of 2018 [15].
4. Comparison of the three cases and recommendations
In this paper MSW management of Milano city is presented as a good, Chinese example as a promising and Turkish example as a developing case. Table 4.1 compares the shares of MSW treatment methods for these three cases. It can be seen from Table 4.1 that eliminating landfilling is possible and Milano city achieved it whereas there is still room for China and Turkey to reduce their landfilling rate. China can improve on recycling part as it achieved WTE development rapidly. Turkey must improve on both recycling and WTE development to achieve better MSW management in the country.

Study of the organic matter contained in leachate resulting from two modes of landfilling: leachate recirculation and mechanical- biological pretreatment before landfilling

The Perspective of Solid Waste Management and Landfill Technology in Indonesia