Problem/Basic Idea:
The Waste Management Act stipulates the recycling of organic waste (biowaste) generated in households, with the aim of using it for energy - this means a contribution to active climate protection.
The consortium of operators, consisting of the shareholders Stadtwerke Bietigheim-Bissingen (SWBB), BEM Umweltservice GmbH in Ludwigsburg, KWB Kompostwerk Bauland GmbH & Co. KG in Paffenhofen and Bioenergie Oberriexingen GmbH & Co. KG (BEO) received an order from AVL Ludwigsburg in 2015 to recycle the biowaste produced in the Ludwigsburg district in an anaerobic digestion plant with energy recovery.
However, the planned location in the district to build a plant directly on site failed due to a citizen vote. Therefore, a new location had to be found that met the requirements of (free) space, infrastructure, spatial distance, availability and economic viability, among others.
Initial situation:
• Existing composting plant (25.000 t/a)
• In operation since 1997
• Composition as single step is a phase-out-model in Germany
• Good infrastructure for further use (waste streams, local gas grid

Approach to the solution:
The operator consortium became aware of the existing Westheim composting plant in the Germersheim district. After a technical preliminary examination, which was carried out together with the plant designer, the realization was agreed upon together with the district and the operator of the composting plant, the necessary contracts were concluded and the permits were applied for. The site is located in the Westheim district on the L538, a former earth and building rubble landfill of the Germersheim district.
The plant layout of the waste anaerobic digestion plant was planned specifically for this facility according to the local conditions.

Construction phase:
• Partially use of buildings ( pretreatment hall, composting hall) , upgrade for use of biowaste to produce biogas
• Fast construction with about one year: September 2018 – October 2019

• New construction of digester, discharge hall, digestate storage tanks, gas treatment-units
Problem solution:
For the plant layout at the site, various factors had to be implemented in the planning. In addition to the general limited space requirements, the soil conditions as a former landfill site and the requirement for continued operation of the composting plant during the construction phase also played a significant role. The new building plans were based on intensive soil investigations, which brought many unexpected discoveries. For the foundation of the digestate tanks, for example, the subsoil had to be extensively rehabilitated, prepared at high cost and then reinstalled.
A specific construction schedule was developed for the construction phase of the digestion plant, which allowed the composting plant to continue operating for almost the entire construction period. The cramped space conditions posed a major challenge to construction logistics throughout the entire construction period. Without the space made available by the district at short notice at the new recycling yard, construction would not have been possible. With a construction period of just over a year, the fermentation plant was completed in record time (for a construction project of this magnitude - and one that is also being built in an existing building) despite the winter break due to an unexpectedly hard winter. 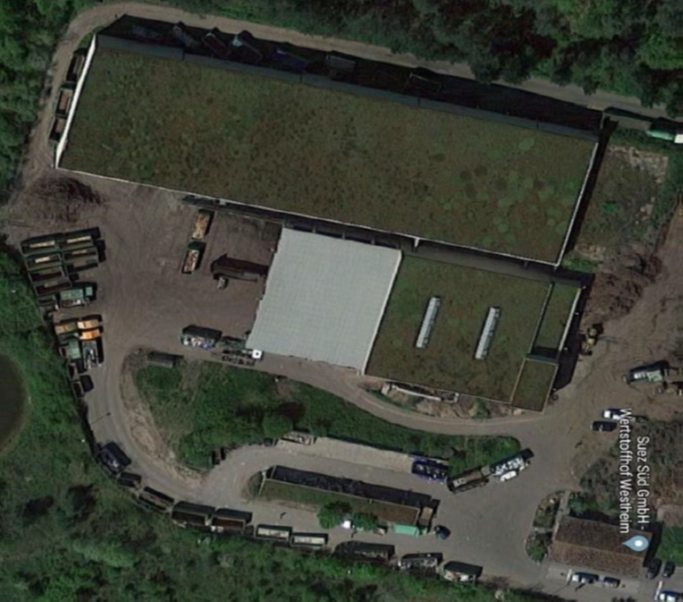 Guide on Separate Collection of Municipal Waste in Greece

Composting of Bio-waste in Tallinn, Estonia