District Heating Supply from Landfill Gas in the Vaihingen District of Gündelbach, Germany

Nowadays everyone is aware of this fact: fossil fuels are limited and must be replaced by regenerative alternatives. This is also the reason for the lighthouse project Gündelbach district heating supply. The district was converted into a bioenergy village in which a large proportion of the inhabitants heat with district heating instead of oil.

It took 38 years, since the first waste was deposited at the BURGHOF landfill, until the general conditions were such that this lighthouse project was possible.  In the meantime, 180 million KWh of electricity have already been generated here since 1985, providing the electrical energy for an average of approximately 1,800 households.  Optimal use of the waste heat was not possible at the site for a long time.  This is because, like many other landfills, the BURGHOF was deliberately placed away from settlements – to date too far away from the nearest villages of Gündelbach or Horrheim to be able to transfer heat economically.
Due to rising energy costs, the waste heat can now be meaningfully used. Construction work on the district heating network had begun at the beginning of May 2016 and has been supplying the citizens of Gündelbach with heat from landfill gas since October 2017.  Since then, the waste heat has been used not only for the operational buildings of the BURGHOF landfill site, but also for heating of over 100 households in Gündelbach.  Part of the heat generated is transported from the landfill site to Gündelbach in a heat pipeline about 1.5 km long and distributed to customers within the town via a network of pipes almost 5 km long. 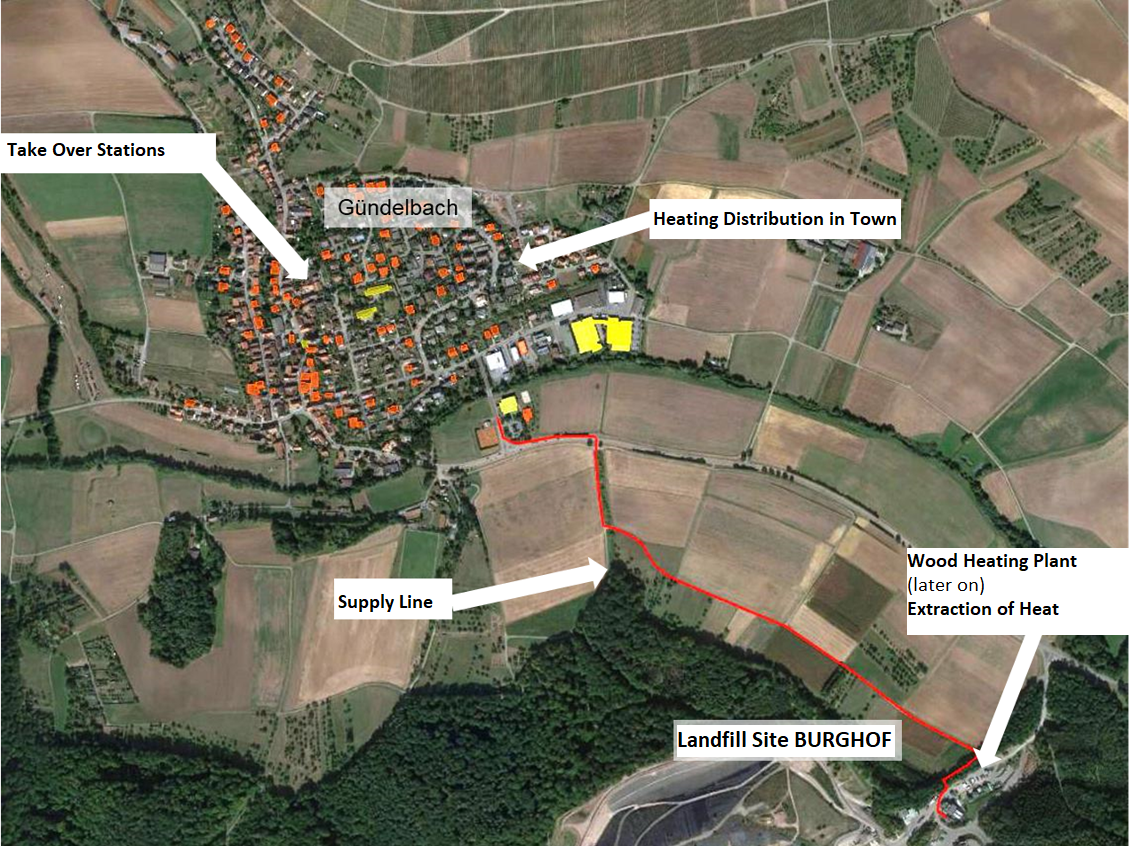 The landfill gas is produced at the BURGHOF landfill from the household waste accumulated in the years 1978 to 2005.  The decomposition of the waste produces, among other things, methane, which has a high calorific value and is suitable as a fuel for energy generation.
A landfill gas-combined heat and power plant (CHP) uses this methane gas to generate electricity and heat.  The CHP unit, which was installed in 2010, has a thermal output of 1,500 kW and can only be operated with good gas (landfill gas with a methane content of at least 40 %).  Due to the progressive decomposition of the organic mass and the resulting decrease in landfill gas quantity and also quality, the current engine is already being operated at its lower performance limit and must be replaced by a lean gas CHP unit.

The new CHP plant is to be installed and commissioned before the end of 2021.  This plant will then be able to utilize landfill gas with a methane content of up to 25 %.
As the project saves a large amount of heating oil and liquid gas, it is a showcase example in the field of "energy recovery from waste".  The Burghof landfill has thus been transformed from a waste disposal site into an energy supplier for the region, thus enhancing the positive image of waste as a raw material and, in particular, the role of recycling centers.
Contact 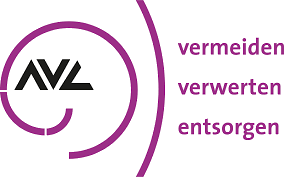