Challenge
Siliana is a rural region located in central-northern Tunisia with historical excavation sites located in the immediate vicinity of the city. Although Siliana is a very clean city, especially on market days there is a tendency to leave residual waste from the market stands and the garbage collection does not keep up with emptying the garbage cans. This site, called "black spots" by the city's mayor, was to be optimized in a model project in cooperation with a team of consultants from Bavaria. 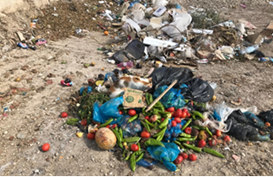 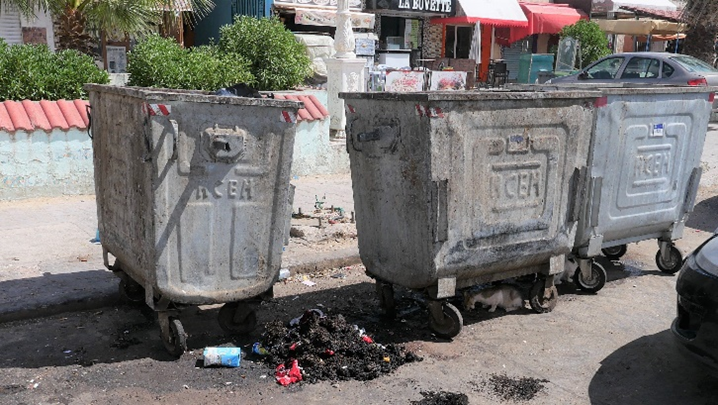 Current Situation in Siliana
The municipality of Siliana counts 44.736 inhabitants, which mainly work in agriculture and the food and mineral industries.  Waste is caused mainly by households and the commercial industry.  The major part is made up of organic residues.
Siliana has a waste management plan, its own landfill, partly a waste collection directly at the households, but no transfer station yet.  Waste collection in Siliana usually looks like in Europe, but in some places, garbage is currently deposited at anonymous collecting sites constituted by a few unorganized containers.  Generally, there is no sorting into different waste fractions and the containers close to market areas are not sufficient for the community´s garbage. That leads to dirty places around the collection sites.  Due to the large quantities of unsorted waste, pollution of the surrounding area also occurs at the landfill site, which can increase contamination of the surrounding nature.
Recycling is only done by Barbèchas, who collect metal and plastic to sell it to middlemen to make a living. Barbèchas are people who work in the informal sector and have a low standing in society. Their life is shaped by high insecurity as they only generate little and irregular income and insurance for health care is missing.
Goals
The project aims to achieve cleaner cities and environments and create additional jobs in the waste management sector.
The decisive factor to achieve this is the citizens' conscious handling of waste as the citizens play a decisive role in the separation of waste at the source. Doing so, the waste separation is enforced and more waste is made available as a resource.
Implementation
The city of Siliana found the idea, born in the transnational development project (Sheltered Container Spots), excellent and managed to be the first municipality among the three participating cities (Siliana, Douar Hicher, Tabarka) to implement one of these facilities.
Administration and citizens of the city of Siliana were impressed by the artistic design of the "île de propreté” by the German artist Markus Heinsdorff.  The implementation was carried out by the metalworking company MC Plus from Hammameth.

Designed by  Markus Heinsdorff for WtERT Germany GmbH
The first "île de propreté” in Siliana is designed with a sea container as a storage cabin. It provides space to also collect and store bigger plastic objects (Polyolefine) and old electrical equipment. 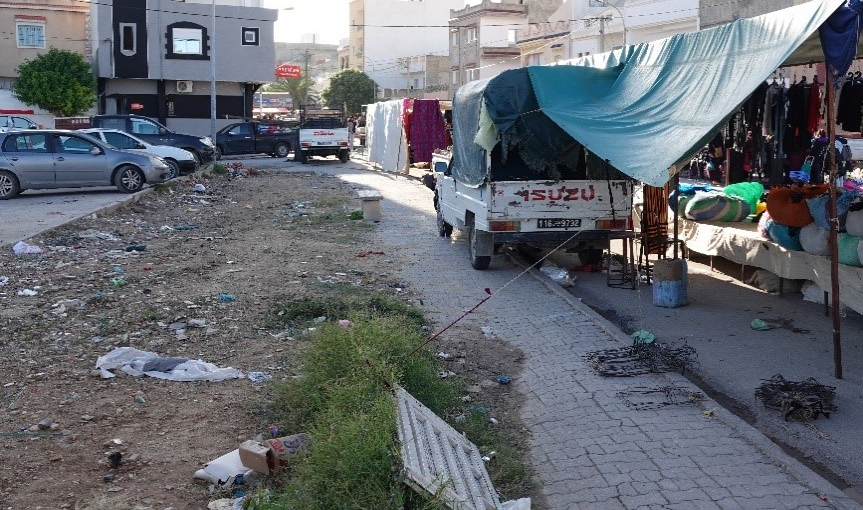 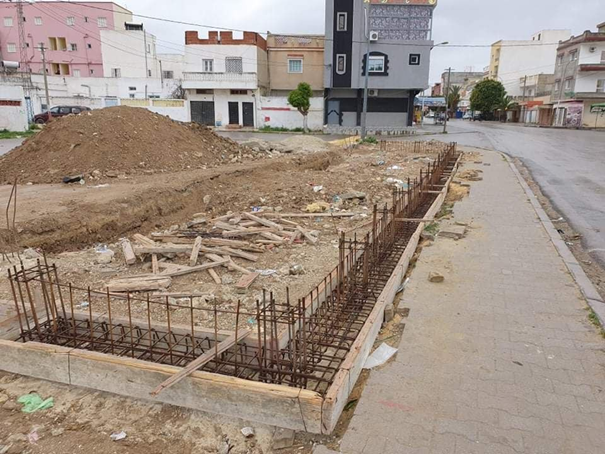 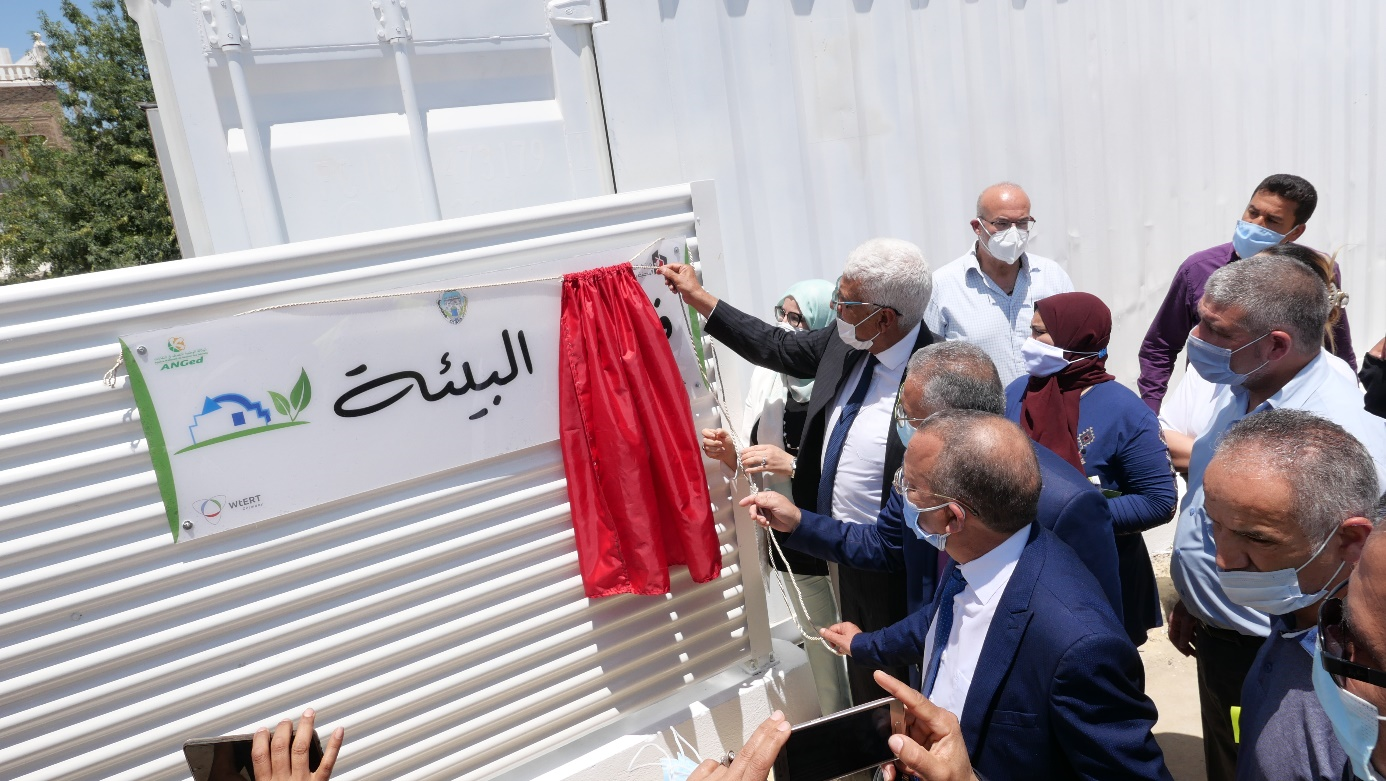 Mayor Abdelhamid Hamami with other dignitaries from the ministry, the governorate and from ANGed,
Mode of Operation
A guardian is established at the "île de propreté” to inform the citizens regarding why and how to separate their waste. His task is to engage and communicate with the inhabitants about the meaning of waste separation and to educate the people in separating and collecting waste correctly. He aims to raise the awareness of the citizens regarding waste as a resource and a clean city.  Continuously, they should be encouraged to separate more recyclables at home and to bring them to the "île de propreté”.  The guardian ensures an adequate separation of incoming waste and keeps the "île de propreté” organized.  For this, he informs the garbage collection of the municipality when the garbage containers are full and should be collected. This applies to all fractions that the guardian does not market independently.  All fractions that are of value to the guardian become his property.  In turn, it is also his job, in cooperation with the city's street cleaning, to ensure that the surrounding area around the "île de propreté” also remains clean.  The operator of the „île de propreté” uses several employees to keep the site manned around the clock, if possible. In doing so, he creates jobs.
Another task of the project "île de propreté” is to develop an economical operation system to create jobs. Siliana chose the "contract model” out of the three business model variants (1) Employee model 2) contract model 3) license-based operation.
First, on a trial basis, a young family runs the "île de propreté” in Siliana with their private recycling business. The operator does not get paid for his work. However, the recyclables collected in the île de propreté become his property. The income from their marketing is his remuneration.
For this symbiosis of art, economic and ecological waste separation and communication, the name "île de propreté" and the following logo was created by all project participants. 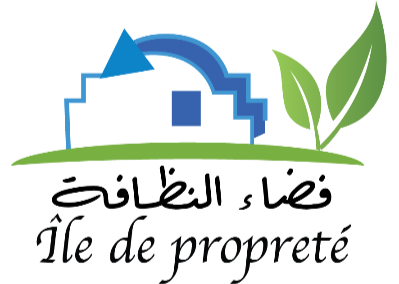 This project is being conducted by WtERT Germany GmbH in collaboration with the municipality of Siliana and ANGeD (Agence Nationale de Gestion des Déchets). The project team is managed by Fraunhofer UMSICHT. It is being financed by the Bavarian Chancellery and the Tunisian Ministry of the Environment, which is supporting the communities in building the foundations.
Latest update:
The île de propreté has now been in operation for three months and we have received our first impressions. The area around the site is cleaner than before. Other districts are aware of this fact and attracted by the idea. The amount of residual waste at this place has been reduced. The population accepts the île de propreté. 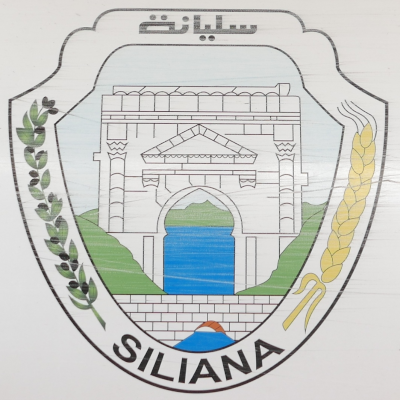 More case studies:
Costs of the "Am Brenten" household waste landfill 25 years after the end of operations