In Germany every year an unbelievable amount of 100 million pieces of furniture is sorted out, most of which are sent to bulky waste and almost always end up getting burnt. This happens, although many goods are still in a good condition. The predominantly unnecessary disposal of waste mainly applies to private furniture, but also includes office and school equipment.

For this reason, the initiative "WeiterGeben.org” which means "passing on" was born.

Volunteers of a school´s parents advisory council were to organize used furniture and became desperate with their search. The group decided to counteract the enormous waste of resources and the ecological damages resulting thereof. Since 2012 Daniela Roßner and Harald Prokscha have therefore begun to do some research on the bulky waste and second-hand furniture market. At the same time, they started brainstorming about the ecological and social possibilities of improving the market. The environment and approximately 600.000 social institutions in Germany should profit from it.

Why is furniture, which could still last for decades, disposed of?
Why is there no masterplan for the use of discarded furniture?

They recognized that the existing platforms, projects, and social stores are just not sufficient (for coping with the organization efforts).

Thus, the project "WeiterGeben.org” was started. It was clear from the beginning, that a trans-regional network is necessary and at least Germany, Austria and Switzerland should be part of it. If possible, short distances for delivering are strived for. Only if no interest in the closer region exists, recipients from far or even another country are being considered.

It has been shown, that regionally a small amount of 1 to 30 items and trans-regionally truckloads are conveyed. For instance, a large amount of used school furniture was delivered from the "Marylandschule” in Karlsruhe (Germany) to Africa. Supported by the regional parish, the collection of the batch was organized, which then was delivered to the orphanage "Mothers of the Holy Cross” in Tanzania. The German second-hand furniture now supports the development of the primary school for orphans and children from needy families.

Among hundreds of initiatives of the statewide action "Update Deutschland” (Update Germany), which runs under the sponsorship of the federal government, "WeiterGeben.org” is the only initiative acting in the field of "Circular Economy” with used furniture and bulky waste alternatives.

Just like "Fast Fashion” in the textile branch, also in the furniture business "Fast Furniture” exists, which means that furniture is renewed more frequently, resulting in deforestation and the exploitation of natural resources. This big unsolved and unpopular environmental problem needs to be treated urgently. In comparison to the acquisition of new furniture the purchase of second-hand furniture has an 60-90% lower CO2 impact!

Regularly authorities, cities, schools, and companies step into contact with WeiterGeben.org and together solutions are created and set into practice for thousands of pieces of furniture.

For the end of this year, it is planned to become active as a charitable company to enable an even greater networking and easier involvement of foundations and other supporters. This way 100.000 and latter on 1 million furniture items are to be brought into re-using.
Whoever owns old school furniture, which is to be disposed of, should take care of the matter in due time. Ideally 1-3 months of forerun is needed to provide for an ecological and social recycling of the goods. 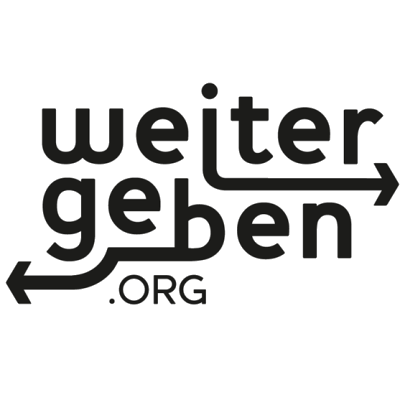