Collection and Recycling of Domestic Used Cooking Oil (UCO) through a Social, Reverse Logistics System. InnovOleum which is developed by the Cypriot SME Isotech Ltd and run by the non-governmental organisation, AKTI Project and Research Centre, is a solution to the management of UCO that propagates knowledge, raises awareness on renewable energy from advanced and sustainable biofuel production, and provides an alternative route for UCO that benefits schools and the environment. UCO produced in households is collected and recycled through schools via the InnovOleum social reverse logistic system. InnovOleum began as a pilot in five schools in the Aglantzia area of the capital of Cyprus, Nicosia, in the school year 2012–2013.

Domestic used cooking oil (dUCO) is one of the major waste streams that are inadequately managed. Around 854,000 tonnes of used cooking oil are produced from households in Europe, there is yet to be an appropriate collection and conversion route for domestic UCO, mainly because of the logistics involved in its collection. As a result, domestic UCO ends up in the environment, either through its direct disposal in drains or through its bottling and disposal in landfills, with detrimental environmental effects. This issue is particularly salient in Cyprus, which has one of the highest levels of municipal waste generated per person in the EU: more than 2,000 tonnes of used cooking oil are wasted every year in the country.

As schools in Cyprus are run by the central government, the project received all the necessary permissions and was launched in collaboration with the Pedagogical Institute of the Cypriot Ministry of Education and Culture. Targeted schools received an invitation by the Pedagogical Institute to join the program, which was named ‘Tiganokinisi’ (loosely meaning ‘frying pan movement’ in Greek). Following the success of the pilot phase, the project was expanded to include all the schools of Nicosia in the school year 2013–2014. From the school year 2014–2015, the program was opened up to all the schools in Cyprus. Today, InnovOleum includes over 85% of Cypriot schools. The novelty of InnovOleum is the link between environmental education and the provision of funds to schools through the sale of the collected UCO. At the end of the school year, each school receives an amount equivalent to approximately 500–600 Euros for each ton of UCO collected at that school, to be invested in green infrastructure and technology, with a view to furthering environmental education and promoting technological innovation [1].

The goals of this project are:

Implementation of the InnovOleum follows the following steps:

1. Oil collection drum installation: Interested schools contact the program and an oil collection drum is installed at the school, in a suitable, accessible, and secure location. Students take UCO placed in bottles from home and deposit it in the drum. Once the drum is almost full, the school contacts the program, a driver is dispatched to the school, and the oil is collected and transported to a management facility.

2. Community involvement: Schools are encouraged to involve their local community in the program in several ways, including (a) encouraging the entire community to donate their dUCO; (b) involving local businesses (HORECA) to donate at least part of their UCO to their neighborhood’s school; and (c) collaborating with the local authority to facilitate dUCO collection from less accessible households.

3. Educational presentations: Participating schools are visited by the InnovOleum mobile information and education center that is operated by a team of young, unemployed graduates (educators, scientists, engineers, etc.). The mobile education center visits participating schools and delivers age-appropriate, interactive presentations on (i) the entire process of the transformation of UCO into biodiesel, (ii) water- and energy-saving measures, and (iii) organic waste management, especially composting. 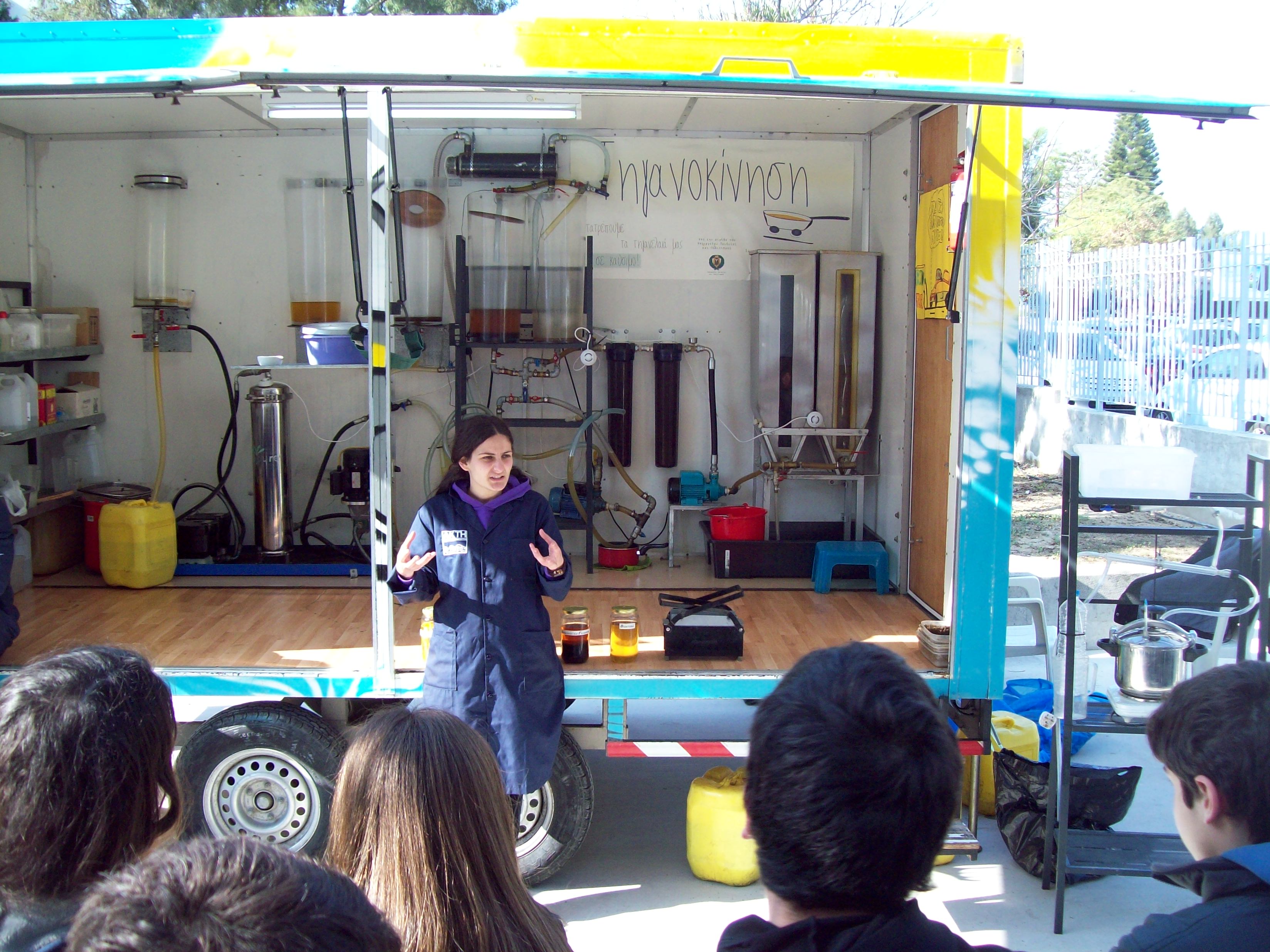 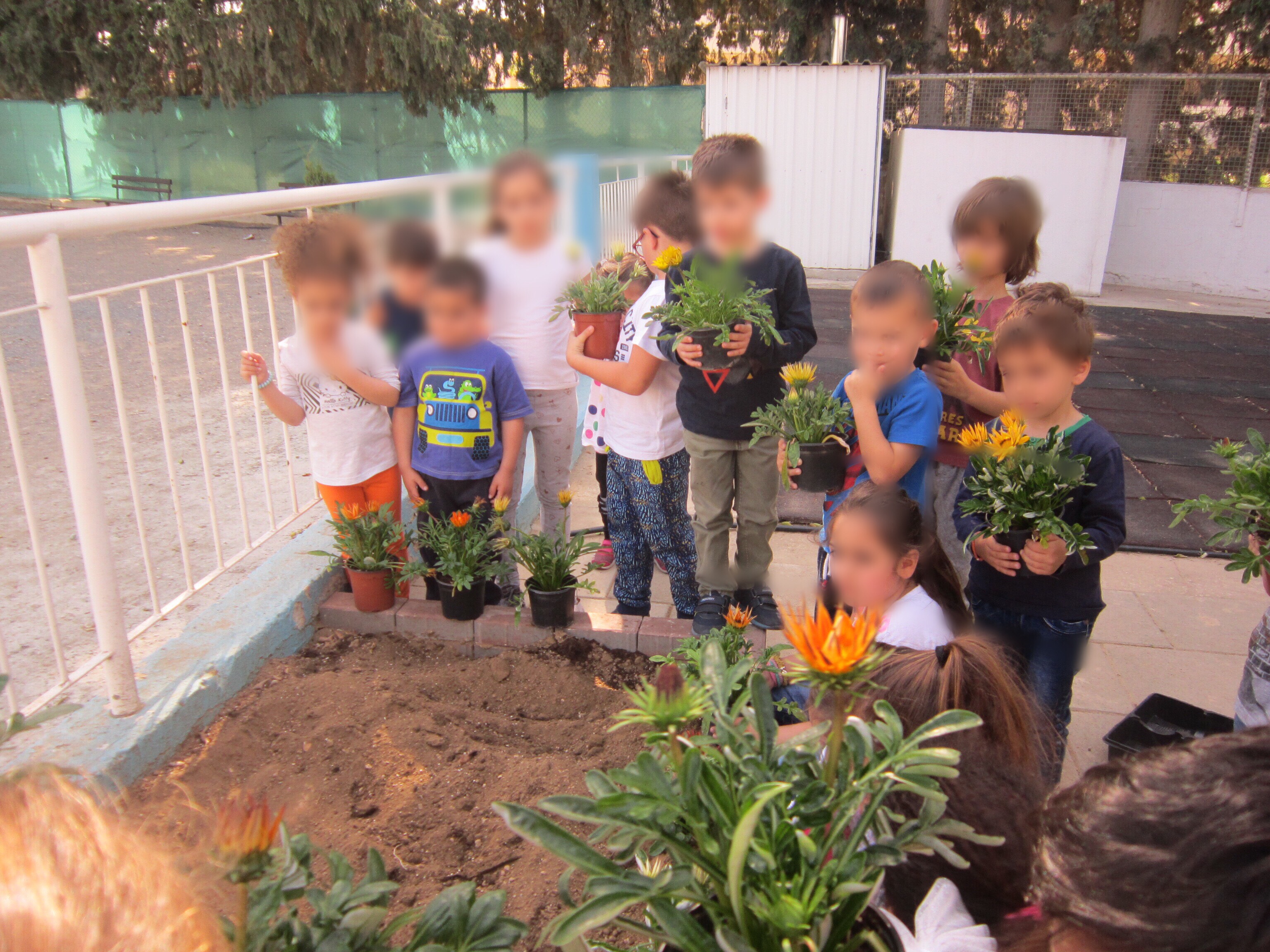 4. Digital platform: Schools have access to a digital platform through which they can identify and purchase sustainable ‘green’ technologies that they can implement at the school using the funds received from InnovOleum.

5. Experiential education: An educational guide is available, allowing teachers to use the program as an educational tool in their classroom, e.g., in mathematics, sciences, or languages.

The monitoring and evaluation measures that have been put in place include:

The performance benefits of this project are:

InnovOleum is planning to develop cooperation with waste management authorities to further expand its reach, address the problem of waste in the country more comprehensively as well as diversify its funding sources out of Cyprus. InnovOleum is also investigating its potential internationalization and the possibility to scale up in new markets. 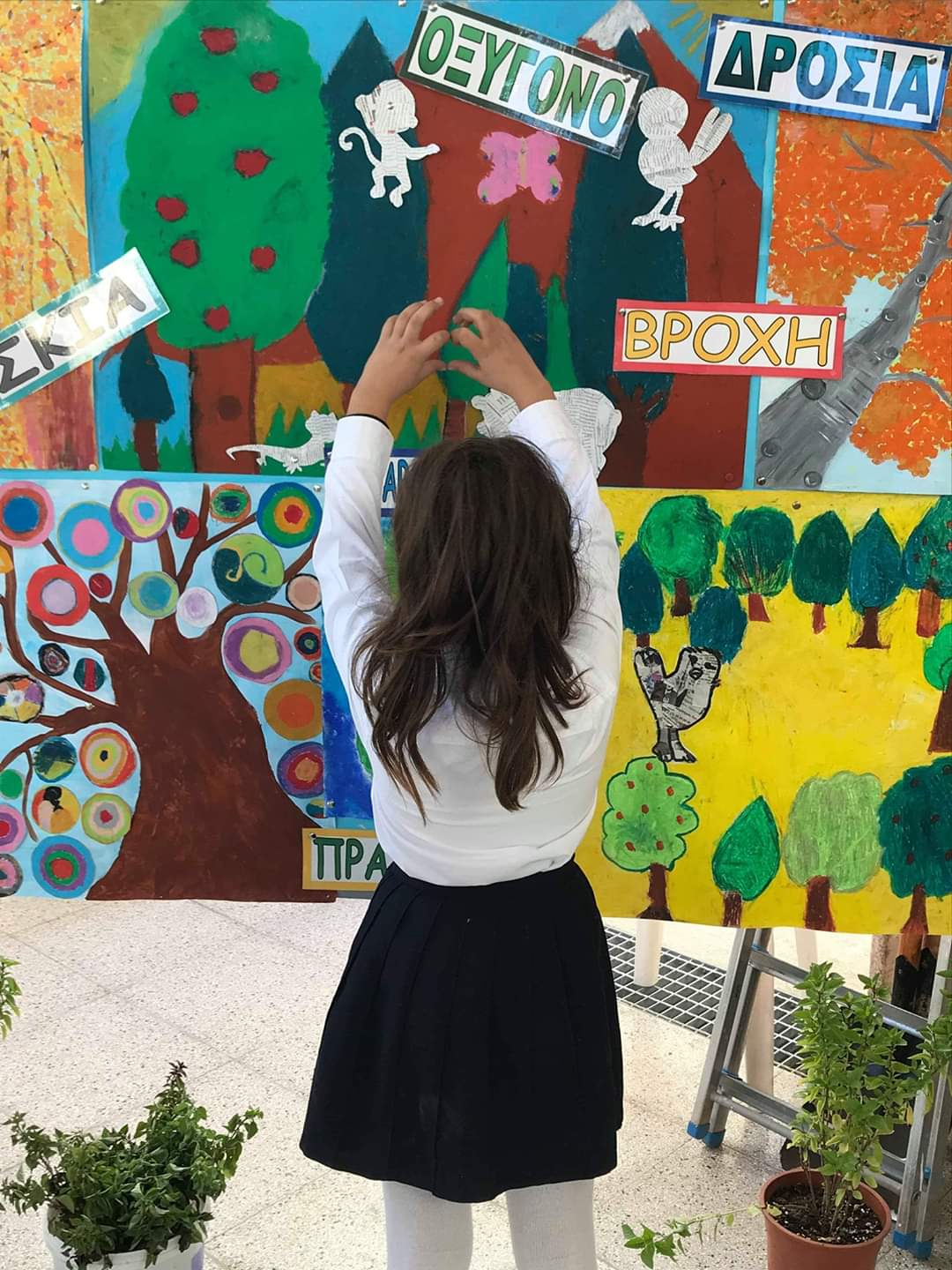 Guide on Separate Collection of Municipal Waste in Greece