On Saturday, May 28, 2022, the inauguration of the second collection site from the EGIDD project, funded by the Bavarian State Chancellery, took place.

Already in 2020, the location at the school in Tabarka was identified as a possible further place for a renewed improvement of the collection structures in Tunisia.

At the beginning of the deliberations, the triangular site, which is actually very nicely located between stores and the school, was somewhat neglected.

As in so many places, the collection was organized through free-standing garbage cans, which were not always collected regularly and whose condition was visibly in need of improvement.
At the school's location in Tabarka, some distance from the city center, the roadside public waste collection areas were also mostly dirty. Some waste garbage cans were broken. No one seemed to care about the trash lying next to them. Wind and cats caused the waste to spread over the entire surface of a square. A sight that became increasingly commonplace, especially for the students passing by every day. 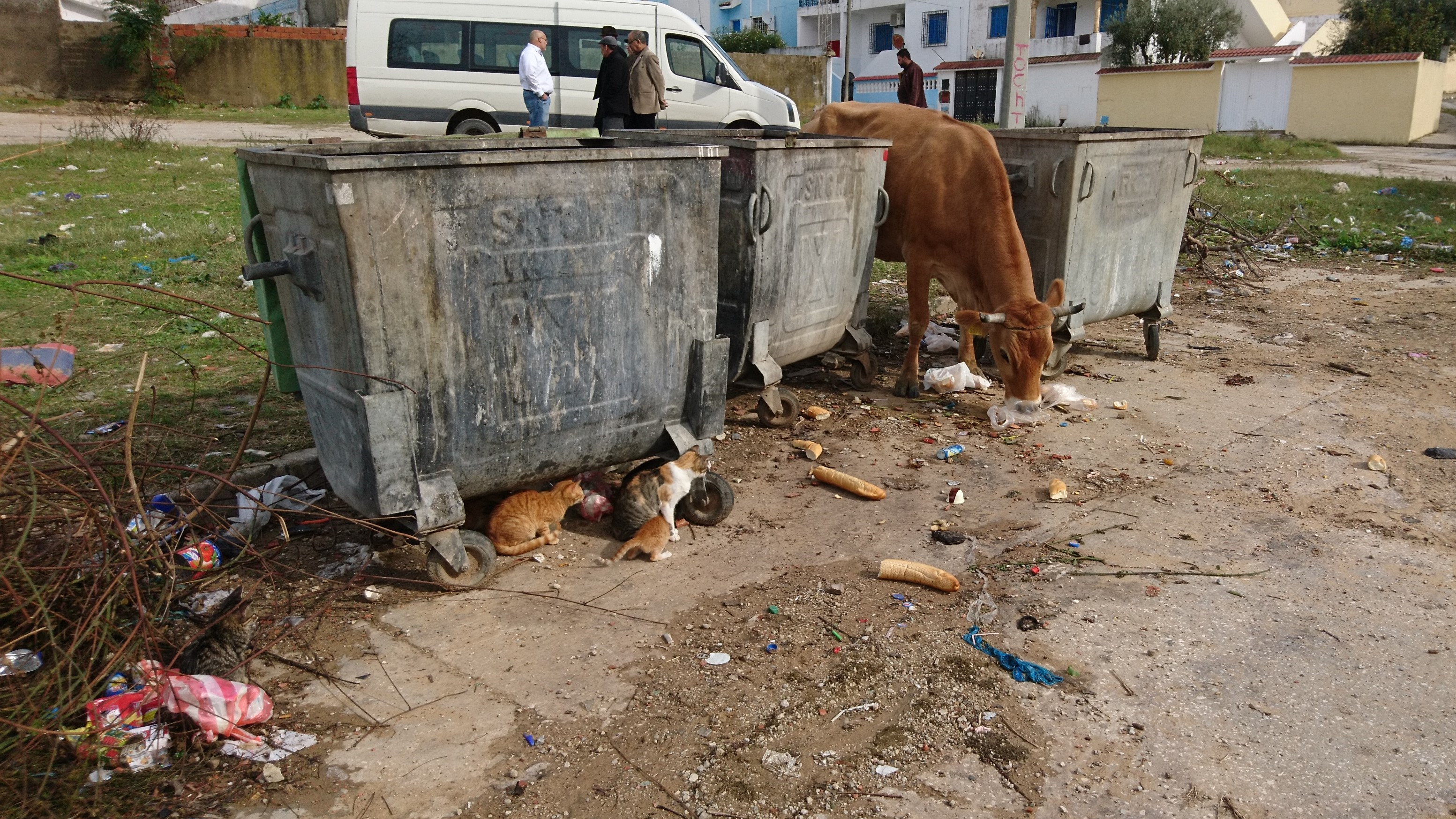 The main objective of the EGIDD project, which is funded by the Bavarian State Chancellery, is to develop a solution to this problem while at the same time finding ways to create new jobs. The reasons for a lack of cleanliness in cities lie in the lack of interaction between the parties involved. Only when the three areas of "waste collection," "street cleaning" and "citizen behavior" are in harmony can the mammoth task of "Clean City" succeed. At the same time, a coordinated interaction of these areas can promote the development of waste management as a noteworthy economic sector in the regions and thus contribute to the creation of jobs.

With the "Îles de propreté", both a new place for a regulated collection is created and - with the supervisor - an institution that can coordinate the above-mentioned three areas "waste collection", "street cleaning" and "citizens' behavior". 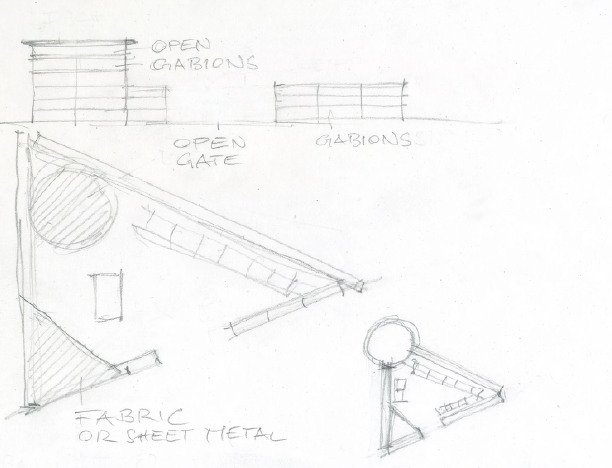 All the sketches and designs were made by Markus Heinsdorff, who brought the art and the specificity of the design to the project for WtERT Germany:


The production of the elements and structures have been manufactured at MC-Plus from Hammamet, Tunisia. A lockable covered space for the storage of recyclables made of corrugated iron as well as a shade roof with a bench were realized. For the space, 6 to 8 garbage garbage cans or holding devices for bags were planned. 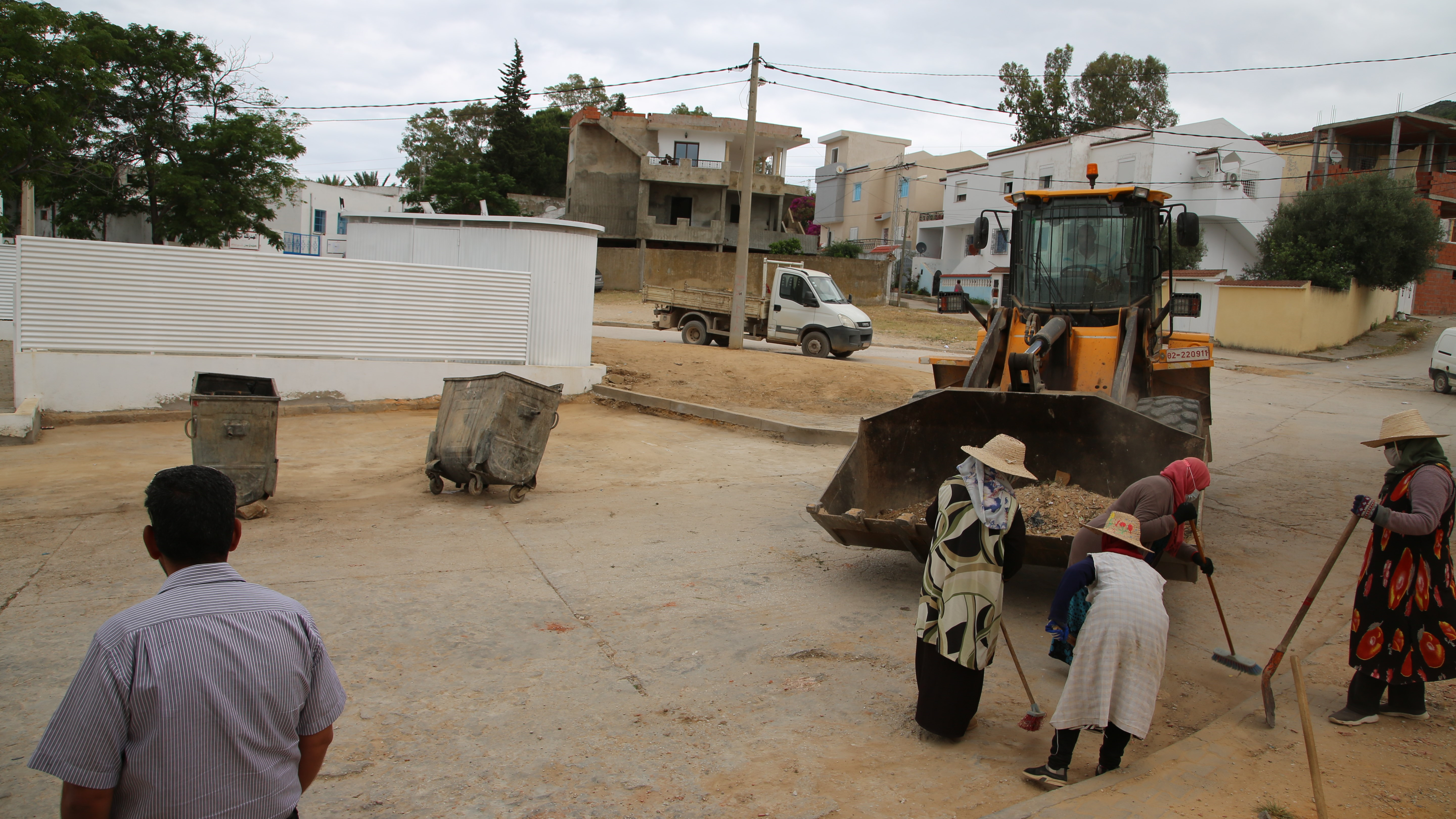 The municipality of Tabarka chose the approach of the license model with a Barbècha known to them, which will operate the collection point at the school in the pilot phase with the support of a civil association. 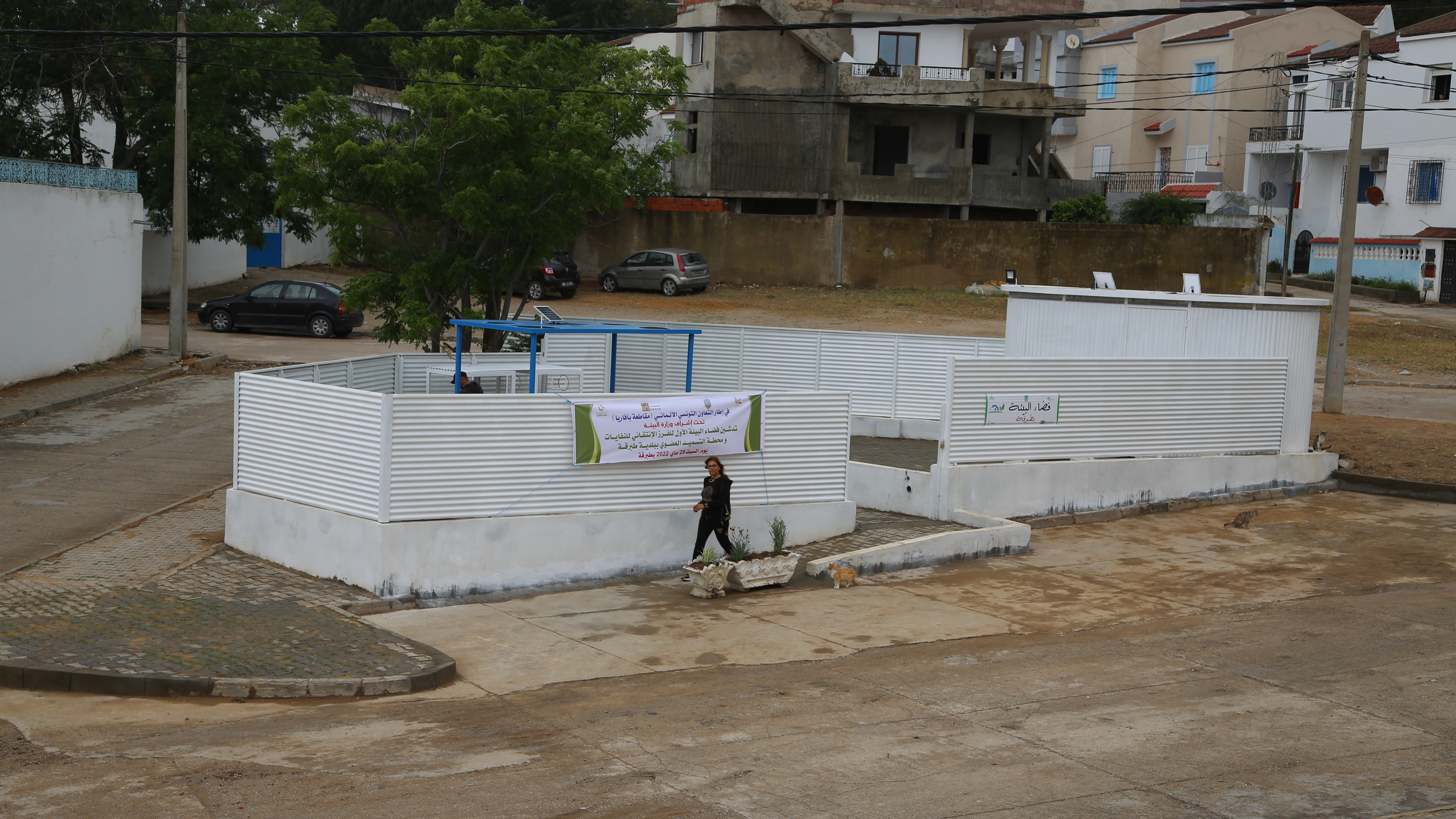 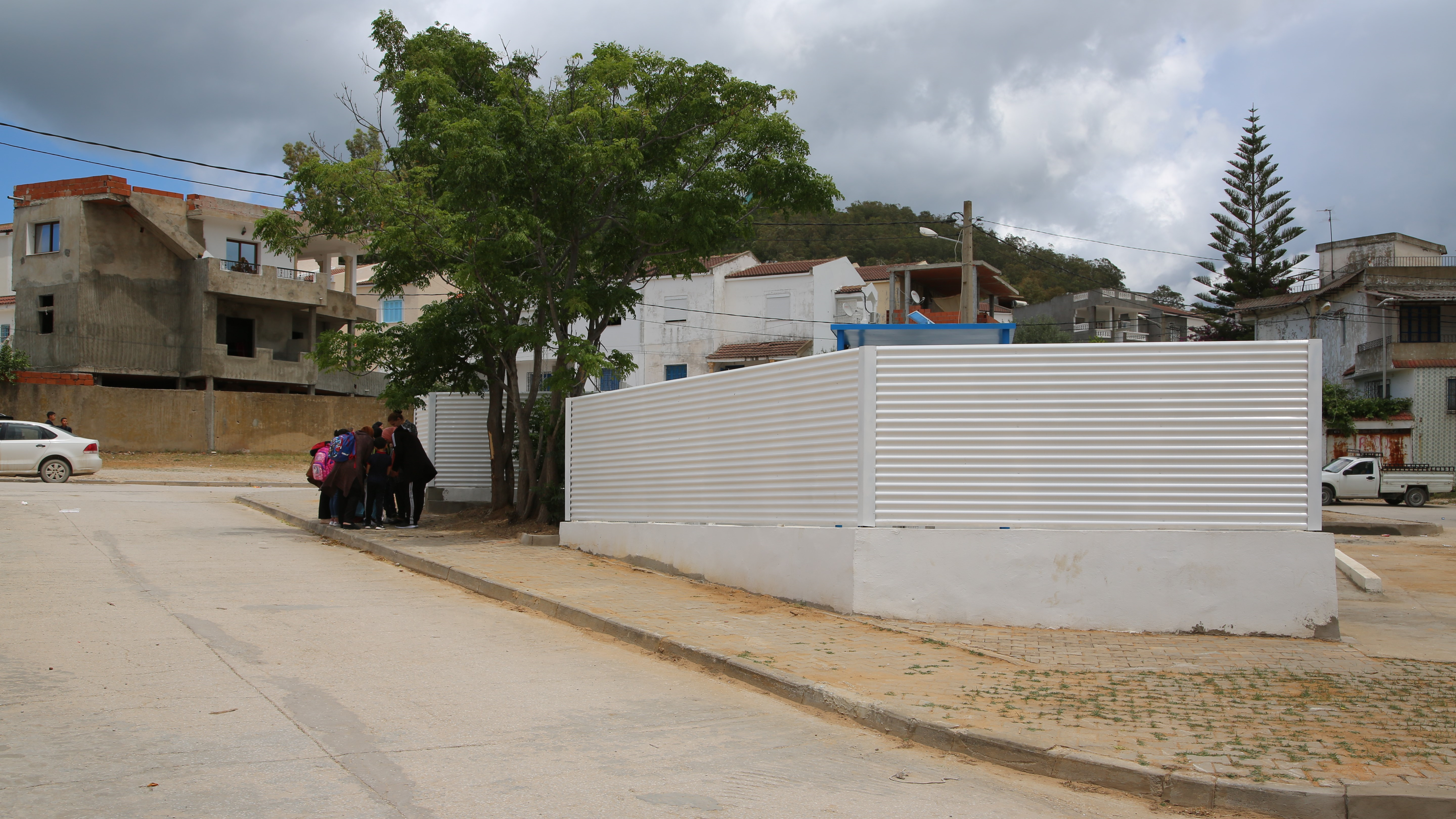 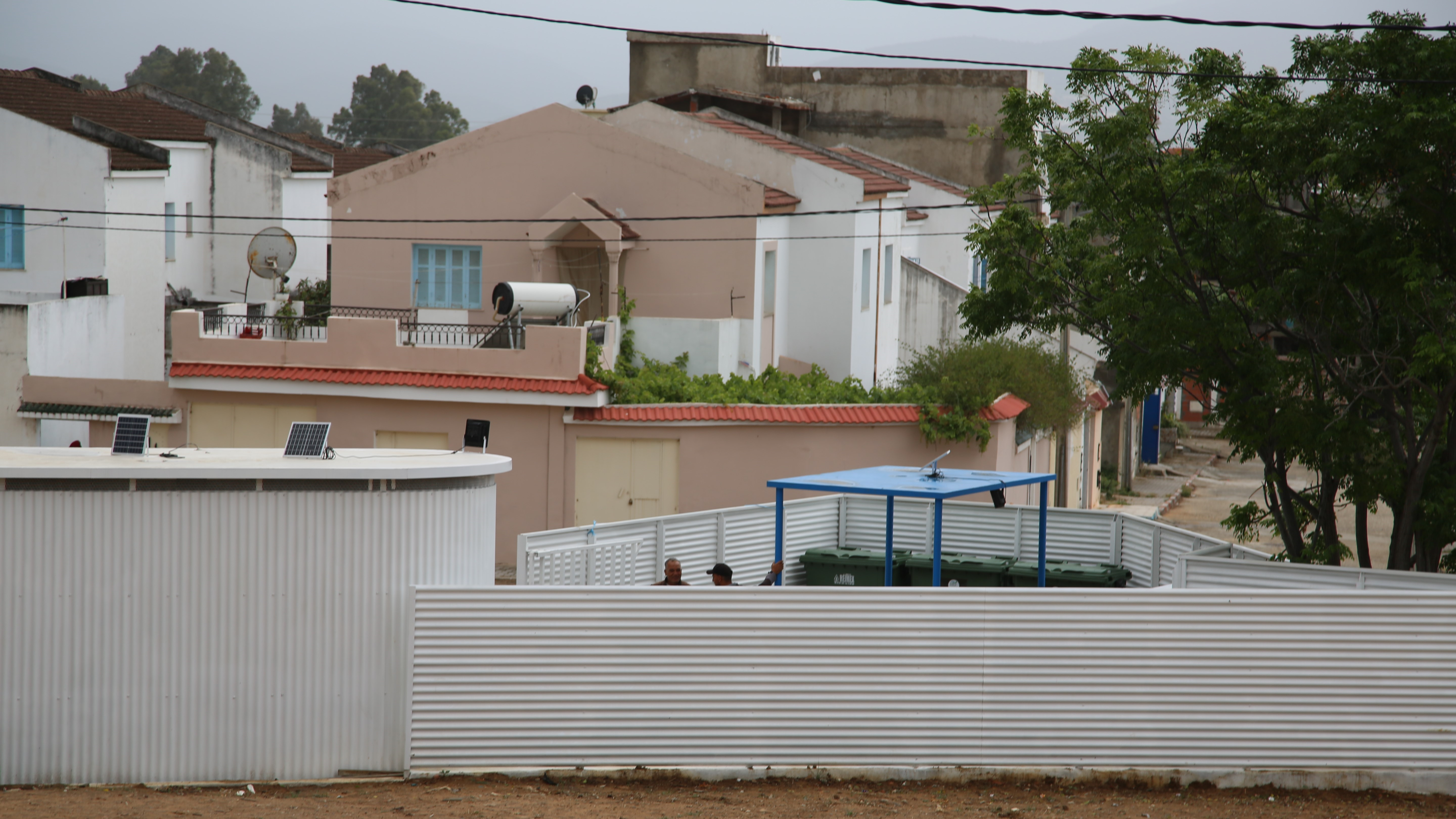 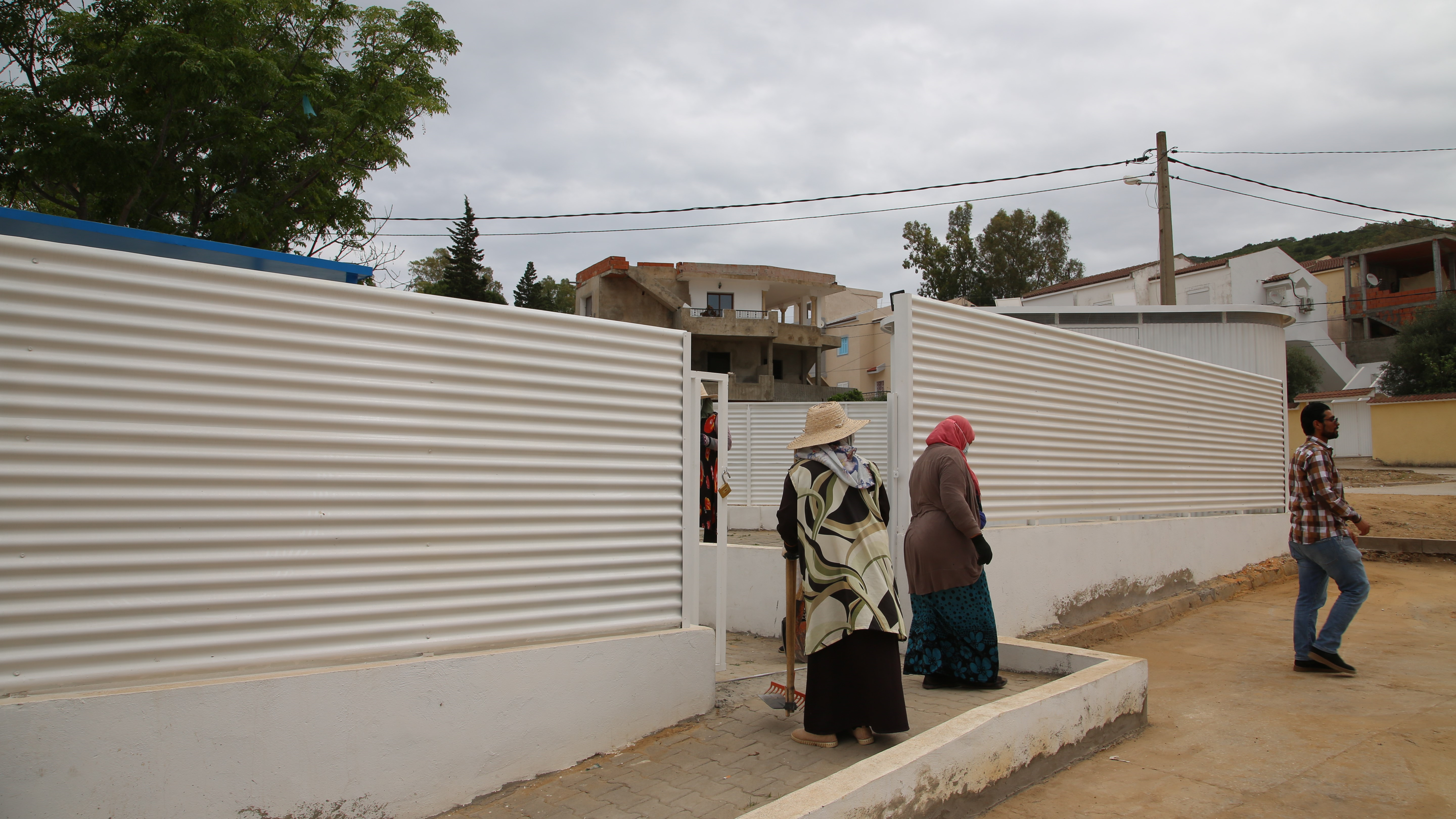 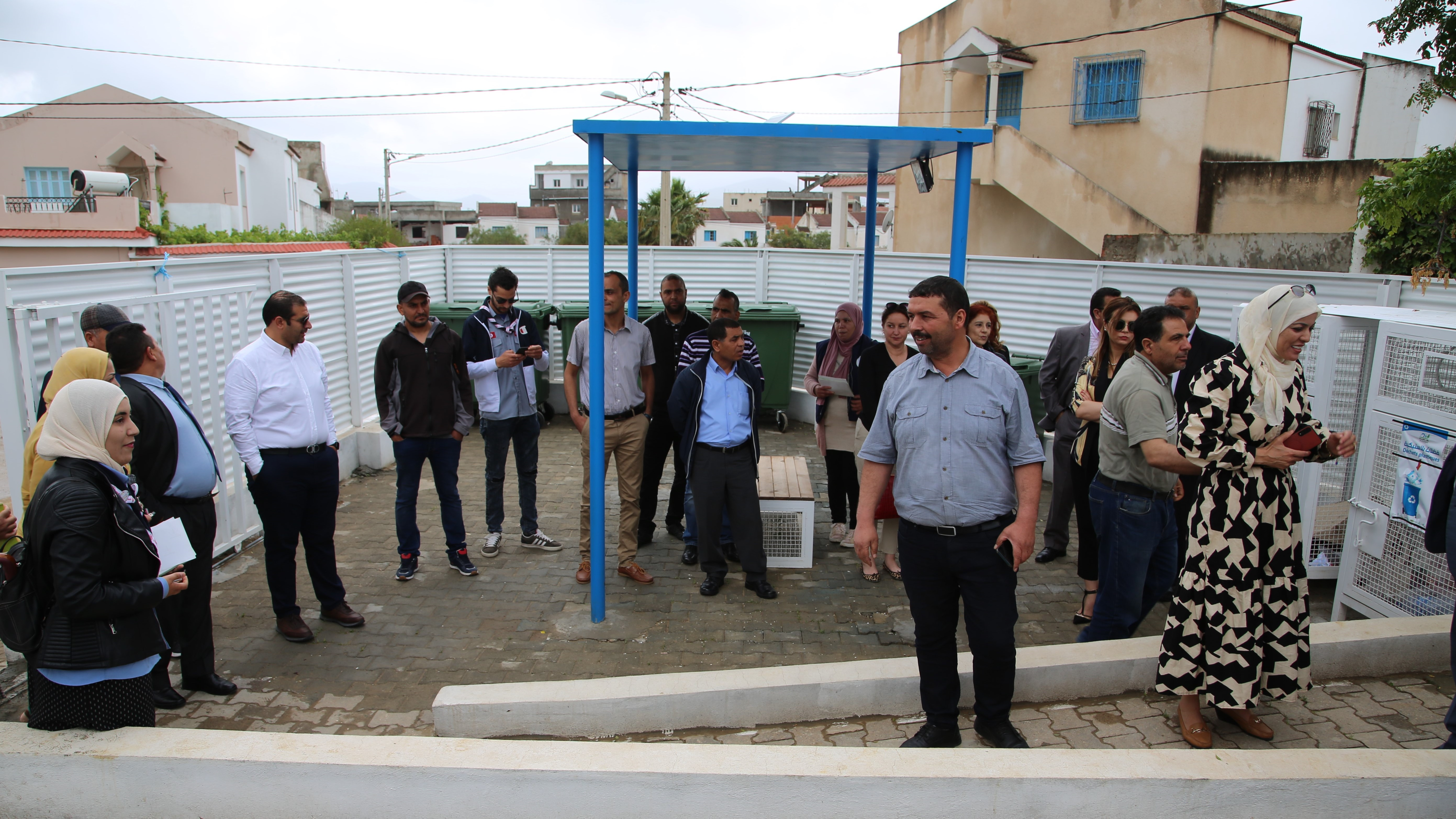 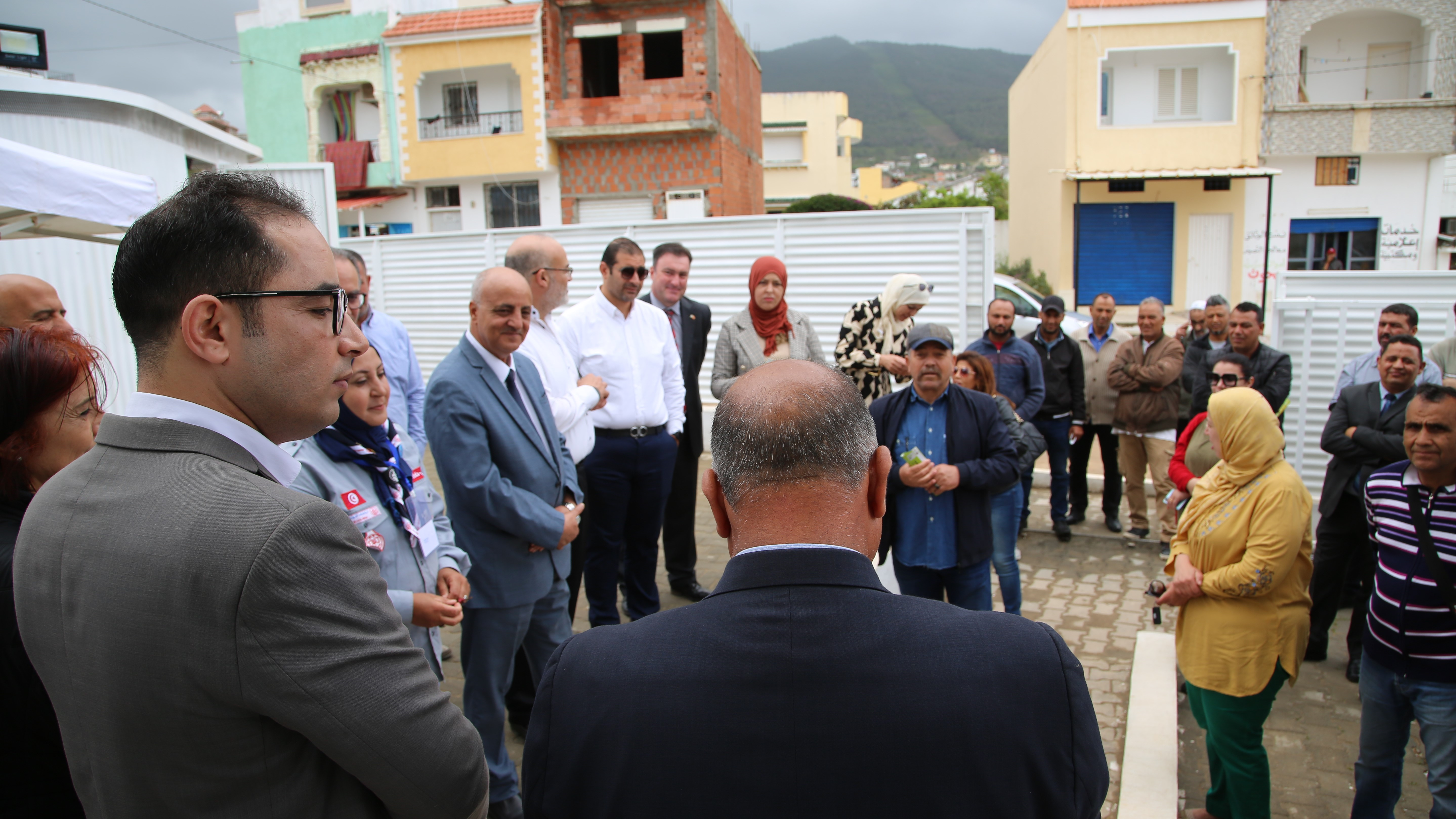 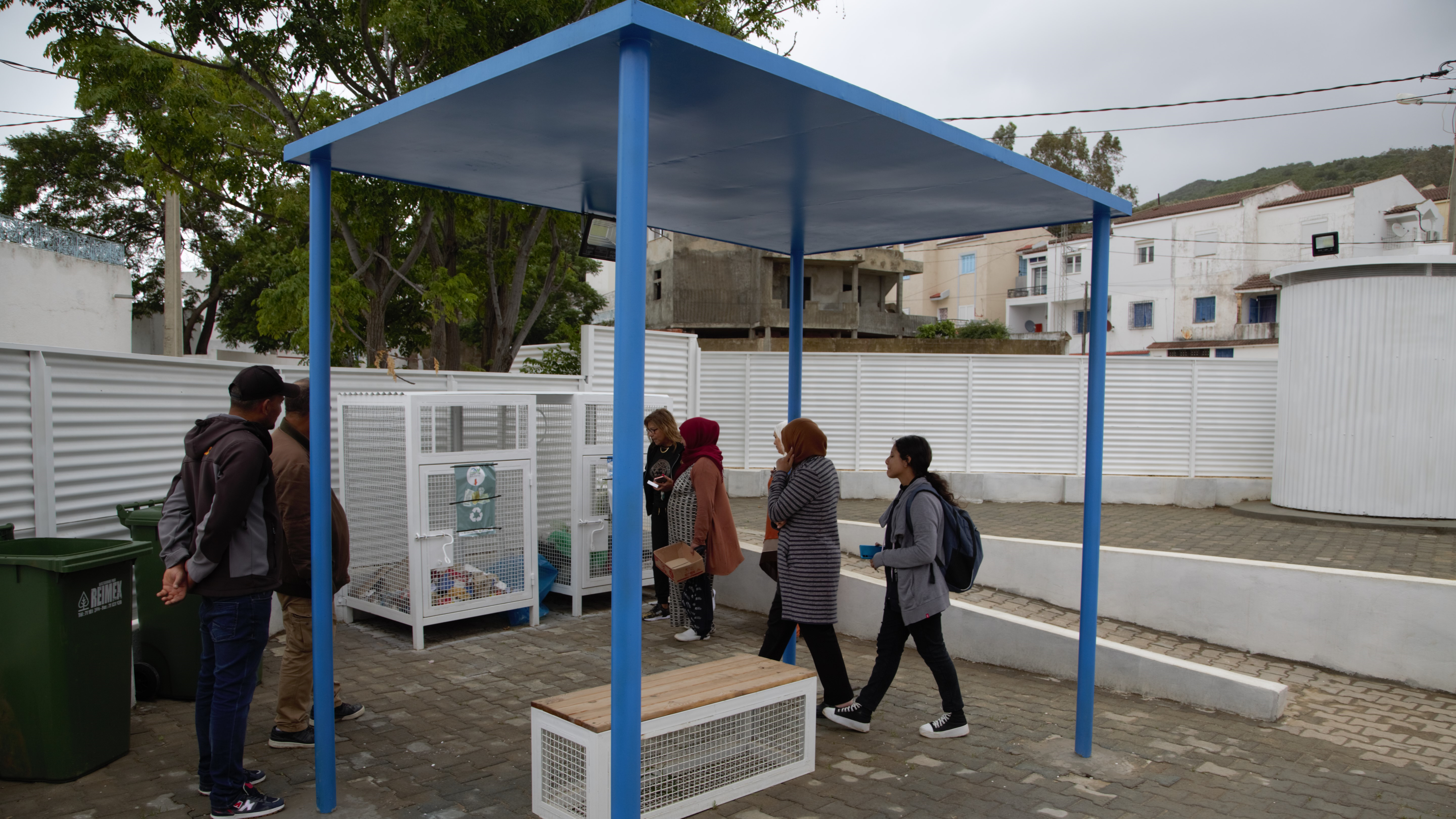 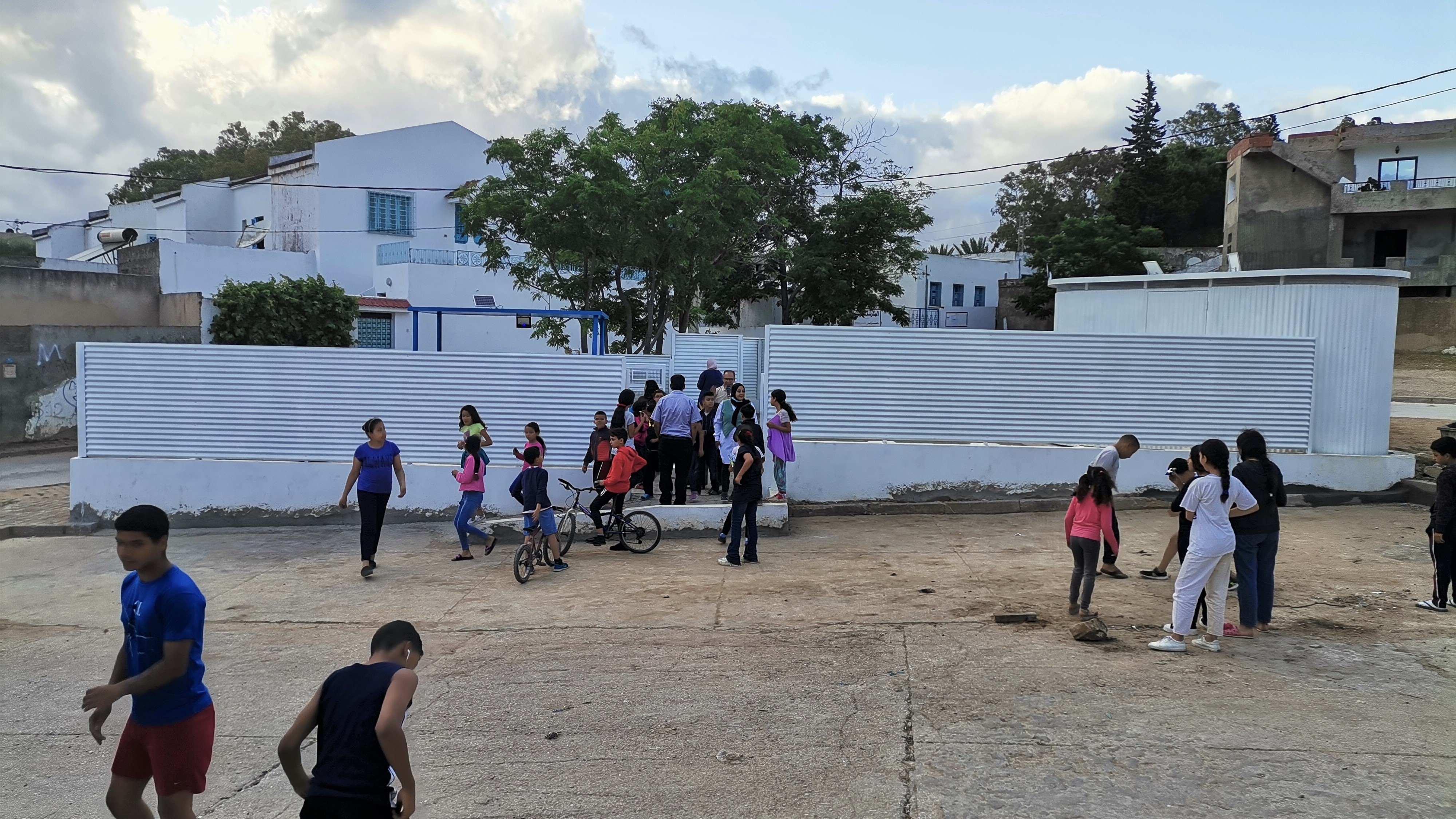