The project "Municipal Knowledge Transfer Maghreb-Germany" between the waste manage-ment company of the district of Böblingen and the Tunisian municipality of El Guettar starts with the signing of the cooperation protocol.

The project "Municipal Knowledge Transfer Maghreb-Germany" between the waste management company of the district of Böblingen and the Tunisian municipality of El Guettar began with a first delegation trip in 2016.  It is part of the ComUn program, which is organized by Engagement Global gGmbH on behalf of the German Federal Ministry for Economic Cooperation and Development (BMZ) by the German Agency for International Cooperation (GIZ) and the Service Agency Communities in One World (SKEW). The project aims to promote the exchange of knowledge and experience between Algerian, Tunisian and Moroccan cities and German municipalities by jointly implementing urban projects and strengthening municipal self-responsibility and municipal services.

The municipality of El Guettar is an oasis settlement with approximately 20,000 inhabitants and is located in the center of Tunisia. The El Guettar oasis covers an area of 630 hectares and is an important green lung for the local population. Environmental protection is therefore a central issue for the community. The waste disposal project was initiated by the Environmental Association for Sustainable Development of El Guettar ("AEPDD") and thus to a large extent by the civil society.

The project consists of the following sub-projects:

The most important aspect at the start of the project was to bring waste separation closer to the citizens and to extend the measures to all households at a later stage. In this regard, the establishment of a collection point for plastic waste with suitable equipment for shredding and baling the plastic waste in a pilot district is also part of the project. Those who bring their plastic bottles to this collection point themselves receive a compensation which reduces the waste charge. El Guettar is currently developing an app ("E-Sorting") to process the compensations given to citizens for the delivery of separately collected recyclable materials to the new recycling center.

2.  Construction of a recycling center

With the opening of the recycling center in December 2019, the project partnership between the waste management company Böblingen and the municipality of El Guettar has reached a first milestone. The recycling center comprises a small sorting unit for plastics, paper/cardboard containers, and cans.

3.  Promoting awareness for biodiversity and circular economy through a pilot project on in-house composting

Initially, 300 households were equipped with composters and trees were planted specifically as part of the project. With the compost produced from biodegradable waste, the company wants to support the growth of the trees and thus trigger the circular economy.  At the same time, the perception of environmental problems is sharpened and the advantages of composting are communicated in a tangible way. 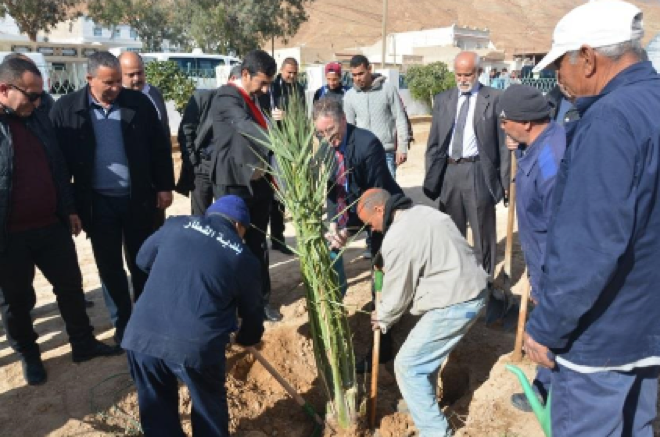 4.Construction of a composting station starting in 2020

By way of making parts of the population more aware of the benefits and effects of com-posting, it is assumed that the construction of the composting plant in 2020 will be more widely accepted. In addition, an increased willingness of the population to collect organic waste separately at home is expected.

The development and implementation of a communication plan for waste separation through-out the entire project was essential for the successful progress of the project. This was carried out using the following approaches: 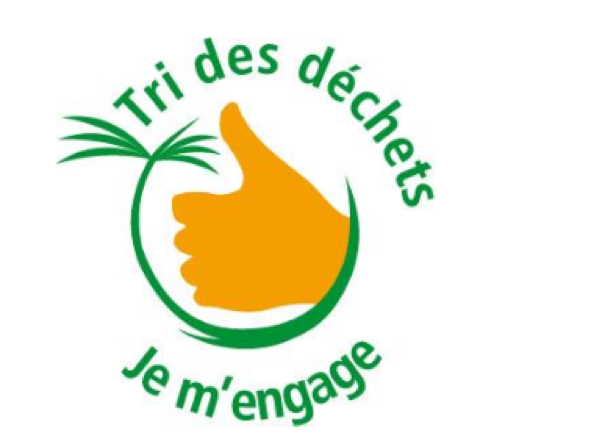 To achieve a sustainable change in the behaviour of the inhabitants of the oasis settlement in dealing with waste, it is necessary to create awareness among the entire population. Therefore, a special awareness campaign for separate collection of recyclables was prepared and carried out from September 2019 to December 2019. This included the following steps:
After signing a partnership agreement between the district of Böblingen and El Guettar during a delegation trip with Roland Bernhard, the chief administrative officer of Böblingen, the partnership is to be extended to other fields of action (environmental protection, education, tourism/culture, arts and crafts).
Contact

Recovery from Agricultural Waste in India

The disposal and recycling center EWW of the District Neu-Ulm – Perfect Combination of Material and Energy Recycling, Germany

Conversion of a lignite-fired power plant into a waste-to-energy plant using the example of the ZMS Schwandorf, Germany